Which eco-friendly, budget-friendly methods are best for your family?

We, the crunchy mom generation, are always looking for ways to give our children their best starts while simultaneously caring for the earth. While our grandmothers might have killed for pouched baby food and disposable diapers, we insist on doing things the old-school (read more difficult) way, putting in the extra time and effort to boil and blend, wash and fold, because we know that easier isn’t always better.

The problem is, making the environmentally friendly, health conscious choice isn’t always as straightforward as it sounds. That’s why we’ve analyzed some of the most popular trends in crunchy style momming to determine which ones really leave a smaller footprint on the planet and bolster babies’ health, and which might not be worth the added effort. In addition, we’ve thrown in a handy cost analysis because let’s face it, our desire to do things the green way and the green in our wallet don’t always mesh.

Read on to learn which methods are truly eco-friendly, budget-friendly, and right for your family!

Environmental impact analysis: Cloth diaper advocates take pride in the fact that they’re keeping thousands of diapers out of landfills over the course of their baby’s diaper days, while disposable diaper users boast lower water and electrical usage as a result of less laundering. In actuality, while the two systems are very different in terms of how they affect the environment, they’re nearly equal in terms of level of impact. According to diaperanswers.org, “There is no significant difference between any of the environmental impacts of the disposable, home-use reusable and commercial laundry systems.” Furthermore, “No system had superior environmental performance, although the life cycle stages that are the main source for these impacts are different for each system.” It seems we still have some work to do in finding a truly environmentally friendly diapering option, but don’t despair! The site also says, “All three systems do not contribute substantially to overall solid waste totals.”

Health analysis: Parents who’ve used both say cloth diapers are gentler on babies’ skin and tend to produce less diaper rash, however, keep in mind that if your baby does get diaper rash, many diaper creams should not be used with cloth diapers. Cloth diapers also contain fewer chemicals than disposable diapers, and are less likely to cause allergic reactions. In addition, babies who wear cloth diapers may take to potty training more quickly because the less absorbent diapers make it easier for them to feel when they’re wet.

Cost analysis: Using the average of 3000 diapers per year, a family would spend anywhere between $350-$750/year on disposable diapers, depending on brand. Washable diapers would run anywhere from $140-$500 depending on brand for the recommended 24 diapers parents should keep stocked. Laundering costs are another factor worth considering. While water, electric and detergent variations affect overall cost, one load of laundry costs anywhere from $0.21/load using an HE washer, cheap detergent and air drying, to $4/load. Assuming you washed diapers every other day that would run you anywhere from $38-$730/year. On the other hand, going up a size on your trash bin to fit disposable diapers could increase your trash service monthly rate anywhere from $12-30/month, for a total of $144-360 per year. To summarize, disposable diapers cost an average of $388-$1110 per year, compared to $178-$1170 for cloth.

Environmental impact: Unless you’re growing your own veggies in your backyard, buying produce from the store and pureeing it yourself is about the same from an environmental standpoint as buying prepackaged baby food. In either case, the food must be transported to the store, often from out of state. The water consumption from washing and reusing containers at home also cancels out much of the benefit gained by not buying new jars or pouches each time.

Health impact: According to experts, both options are perfectly fine for babies. Additives such as sugar and corn syrup are uncommon in commercial baby foods these days, but parents going that route should still check labels on store-bought foods to make sure they don’t contain extra ingredients beyond fruit, veggies, meat, water, and vitamin C. Parents who prefer to know exactly what’s going in to their baby’s food, or are concerned about allergies, may prefer to make their own, but should always be sure to follow the strict guidelines set by U.S. Food and Drug Administration to ensure food is prepared safely.

Cost analysis: To determine which method saves the most dough, we calculated the cost of a couple popular baby food choices:

In summary, pureeing your baby’s food at home might take some extra time and effort, but in the long run it can save you some serious dough.

Environmental impact analysis: Breastfeeding is considered the only zero-footprint food source, while the 2014 report, “Formula for Disaster” found that, “Formula feeding is unsustainable and leaves a large, heavy ecological footprint [due to] the amount of water used, the chemicals, the trees and the other resources used for packaging and promotion and finally the energy for sterilizing water for breast milk substitute preparation” (http://bpni.org/docments/FormulaForDisaster.pdf).

Health analysis: The American Pregnancy Association and United States Department of Agriculture state that, “mothers are strongly encouraged to breastfeed their infants unless there is a medical reason not to.” According to www.americanpregnancy.org, advantages of breast milk include a balance of nutrients perfectly suited to and digestible by infants, with content varying by infant’s stage of development and infant-led amount of intake.

Cost analysis: While breastfeeding is essentially free, we’ll consider the supplies a mother might need in order to comfortably do so. These include nursing pads ($55/year on average), prenatal vitamins ($60/year on average), and a breast pump ($26 and up, covered by most insurances). A baby drinks approximately 9,000 ounces of formula in a year, making the cost for a year’s worth of formula anywhere from $1400-$1932. Free versus four figures? We’ll let you do the math. 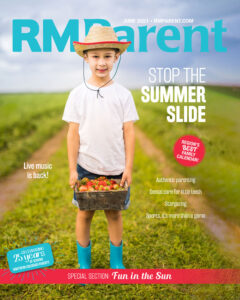 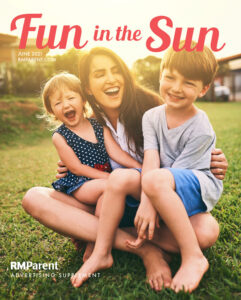